What is Codename Eagle? 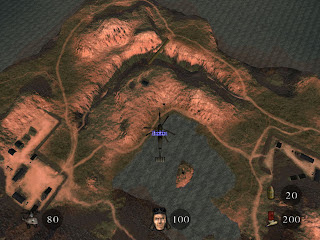 CE is a first person shooter game originally released in mid 1998. CE was one of the first games that offered the player the ability to run around on foot, or drive a range of land and air vehicles in very large maps.

CE single player is a great fun and definitely worth playing, with a great mix of running around on foot, driving, flying and turret shooting. However it was the multi-player (especially CTF) which made CE the best multiplayer experience ever. Unfortunately it is generally only suitable for LAN play, as everything in the game is server based.

You can skydive and use parachutes.

On foot, you can shoot a variety of guns including a sniper rifle and a rocket launcher.